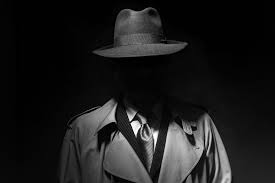 Nowadays, private investigators most of the time work on insurance frauds and fake injury claims. Still, that’s most of the time, not always. Every now and then, every private investigator gets a case that doesn’t involve any insurance fraud or fake injury claim. Besides, there are some interesting behind-the-scenes secrets of PIs you should know about.

Every Beginning Is Hard

There are so many types of people across the globe. Some are religious. Others are not. Some believe in ghosts. Others don’t. Nevertheless, every novice PIs has to face one thing. And that is accepting cases that hardly any other renowned PIs would agree to work on. And such cases entail an investigation of hunting houses, the presence of ghosts, or even cursed radio devices.

They Work with the Police

Unlike in the movies – where the relationship between the police and PIs is fragile – in real life, PIs work closely with the police. Why? It’s a simple concept. They have a mutual interest in solving the case.

While Being on Duty – They Wear Clothes for Comfort Not Style

They Don’t Need an University Degree to Start a Firm

It’s true that many private investigators are former or retired police officers, detectives, or even military soldiers. But previous law enforcement experience is not a mandatory requirement to become a private investigator. But if PIs want to work for a well-established agency, however, then getting a degree – in some legal studies – is compulsory.

Sitting in a car for hours, especially if you mustn’t get out and reveal yourself, is not an easy thing to do. And the bladder doesn’t ask for a time or place once being filled. You have to take a leak. And taking a leak in a bottle is nothing compared to blowing up a whole investigation.

They Have a Trick on How to Follow Cars

Some people are so paranoid that they would become suspicious of being followed just by seeing or meeting the same person at two different locations the same day. And that’s not a good sign for PIs. The last thing PIs need is their suspects becoming suspicious of something. Therefore, PIs use several different cars and drivers. Thus, the suspect won’t be seeing the same car on the rearview mirror the whole time.

They Won’t Help You in Framing Someone Up

Private investigators are not criminals. And frame-up is a very serious crime. PIs work for the law – not the other way around. They are true private investigators, who always strive to help the innocents by solving their hitherto unsolved cases.